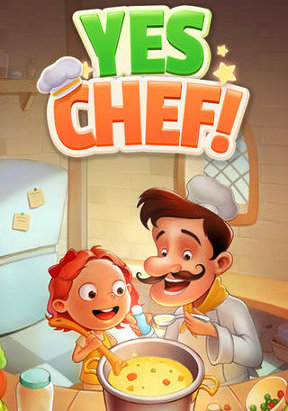 The studio behind Fruit Ninja, Jetpack Joyride and Colossatron: Massive World Threat is getting ready to run head-on into Candy Crush territory. The team is publishing a puzzle game by CitrusJoy called Yes Chef!, utilizing a Bejeweled-style matching grid but replacing candy/gems with real food. Well, if you consider eggplant to be a real food.

Yes Chef! uses familiar freemium tactics such as move limitations, power-up boosters and item purchases to ensure you stay on the winning side of things. It recently soft-launched in New Zealand, which usually means it will release worldwide in a few weeks. Early impressions say the game scores low on originality but above average on in-app purchase fairness, the latter of which is some comforting news to hear. Studios often use the soft-launch opportunity to tweak things like microtransactions, so we'll see if anything improves before it leaves the sandbox.