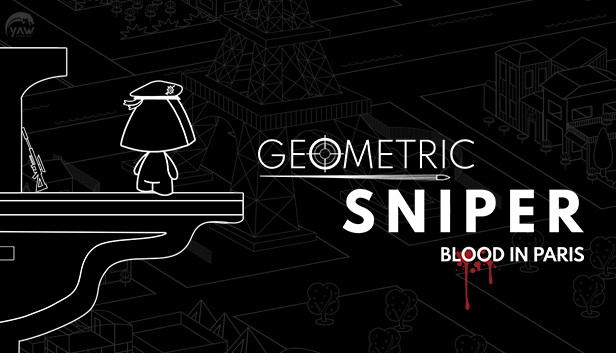 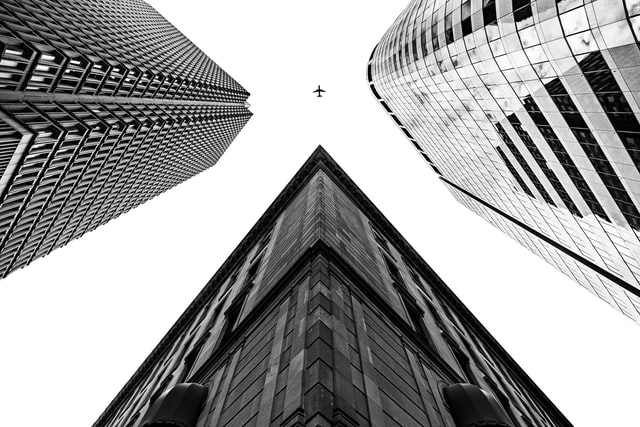 You get to play as one of the good guys, following the journey of Katy, a professional sniper who just got her promotion. Katy works with secret agents who gather info about terrorist groups. These terrorists are aiming to disturb the peace in Paris.

Let's see how Katy's efforts hold up in our review of Geometric Sniper: Blood in Paris.

Gameplay
Blood in Paris gameplay is similar to the first game's gameplay. You snipe, kill, or plant bugs or markers. Your targets will be bombers, kidnappers, other snipers, robbers, secret agents, and non-living objects. Different in this game, however, is that you can take cover when other snipers try to kill you.

Your missions are timed, meaning you have to act quickly but carefully. You do not have an unlimited number of shots.

The biggest challenge when it comes to gameplay is identifying your target. Even though the targets always have a unique characteristic, e.g., specific attires, head shapes, and facial features, all characters have the same color pattern: white body with black border color.

Things get trickier if you have to find a moving target. Not only do they walk around, but they also like to face away from you. You'll have to follow them until you can see their faces.

Adventure
Find Mode
Mercenary
Survival
Elite Mode
You can't access all of these modes initially, but you can unlock them as you advance through the main story.

Adventure
Adventure mode is the game's main story, where you'll progress from one mission to another. You'll receive orders from the Colonel, your superior, to undertake missions in different locations like the Eiffel Tower, Arc de Triomphe, Louvre, and Place Vendome.

Find
Find Mode lets you relax and find hidden objects in Adventure mode locations. More stages appear as you advance through the Adventure.

Mercenary
Mercenary Mode lets you undertake special missions. You can use the money you collect here to compensate for the civilians you accidentally shoot in Adventure and Elite Mode. This effectively recovers lost points from shooting civilians, raising your total score.

Survivor
Survivor mode is similar to Hunt mode. The difference is that you look for targets instead of snipers. Even though the Mode is timed, it's not really "survival." You'll have a specific number of targets and time requirements. Instead of facing endless waves of enemies, you play multiple missions.

Elite
Elite Mode is the harder version of Adventure mode. You're not allowed to zoom in nor aim. If you're feeling competitive, the game has a world leaderboard system so you can compare your score with others.

Pros
Give credit where it's due, and I'd say that the tutorial deserves one. Yes, Blood in Paris is a simple game, but the tutorial makes it so that even someone who never played a shooting game before can pick up the controls in just a few minutes.

Character design is also a major pro. The game has a fairly serious tone, especially in Adventure mode, but the art style injects levity and charm.

As for the gameplay, it is surprisingly way more fun than I anticipated. Moving the gun pointer around is smooth, especially on a high refresh rate monitor. By the way, any integrated graphics can run this thing.

Another nice addition is the inclusion of occasional game rain.

Cons
Nothing's perfect, it's true, and that phrase fits this game to a T.

The game's menu feels like a confusing mess if you're still not used to it. The distinction between which buttons you can and cannot click isn't clear enough.

Mouse sensitivity feels a little low for the game, too. Simply increasing it within the game is out of the question. The Settings menu doesn't give you the option to adjust it. You'll have to go through Windows for that.

Personally, I wished I could zoom out of the normal gameplay visual range. Sometimes, it's rather hard finding the target, no thanks to the low mouse sensitivity. Granted, the developer might think that it makes the game less challenging to increase the range. Still, I'd argue that doing so makes the experience more comprehensive.

The cover mechanic is also a bit tricky. You can only hide for a little while, and the action has a slow reaction time. Even if you're already pressing Ctrl or middle mouse, an opponent might still shoot at you if the timing is too tight.

Lastly, players may experience a bug. The game may crash after you complete all the missions. This makes it impossible to watch the epilogue, which you can only see after finishing all the missions.

Final Verdict: 3.5 Out of 5
Geometric Sniper: Blood in Paris is a nice pickup if you're into sniper games and tight on budget. It's also a nice introduction to the first-person shooter gaming genre. Don't get me wrong, though, Blood in Paris has its flaws, more annoying and nitpicky than anything. There are some major response time issues that can significantly impact gameplay.

Nonetheless, the game can still be a good time and a quick fix to raging boredom. Gameplay is rather short. You can finish the main story in one or two hours under normal playtime. It goes hand-in-hand with the literal price of the game.

Luckily, it still has a good replay value with all of the available modes. I can see myself spending a couple more hours sniping in this geometric world.

3,713 Views
13 Comments
chrpa— Jayisgames needs your help to continue providing quality content. Click for details Hi, welcome to the post-Christmas Special! As expected, more holiday games arrived a bit late for Christmas Special and so we can play them now - as...  ...