The popularity of e-sport tournaments is growing rapidly around the world. According to agencies and Newzoo , the viewership of such competitions already exceeds 450 million people, the market is estimated at a billion dollars with an increase of about 15% per year.

Along with the growth of the gaming industry, the shortage of personnel in this area is increasing. In parallel with this, programs are being created to train schoolchildren and students in cybersport. You can earn money not only by participating, but also by making successful bets on various tournaments, a detailed schedule on play-score.com. 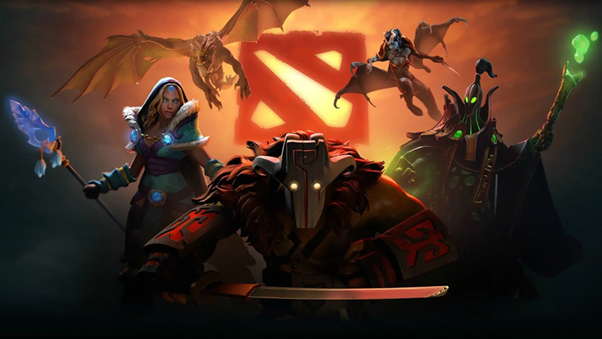 Can it be compared to other sports in terms of psychology?
There is a heated discussion in the scientific community about this. Computer sports have the formal features of a sport: there are tournaments, referees, scorecards, fans, fans. But the activity takes place in a virtual environment, the player controls the objects on the screen while maintaining a relaxed sitting position. Of course, this does not mean that esports is an intellectual sport like chess. It has a physical component: the player interacts with input devices (keyboard, mouse, controller) with his hands, fast and accurate movements, high reaction speed, hand-eye coordination are required from him. Therefore, eSports is sometimes compared to a shooting sport. But the physical load is still very small.

Because of this, some theorists consider esports to be an example of sportification , which means incorporating sporting elements into an inherently non-sporting activity for the sake of monetization. An example of sportification is Eurovision. But other scientists, including myself, consider esports to be a full-fledged sport. Because eSports makes very high demands on the mental abilities, skills and personality of a person. It brings out the peak talents, demonstrates the limits of human capabilities. And most importantly, both amateur and professional eSports contribute to health, but on condition that the player observes the hygiene of the game. Just like in football, a person can become stronger and healthier, but at the same time he can get injured if he trains incorrectly.

Should parents worry if computer games have become a serious hobby of the child?
Adults often condemn gaming, but at the same time they have no idea what a game is, what their child does in general. But video games today are extremely social, they require skill, tell interesting stories, allow you to travel to different historical periods and try different professions. It is important for a parent to ask questions about their child, especially during childhood and early adolescence. Why does he play a lot? Because in games the child has many friends from all over the world? Because he participates in tournaments and he has obligations to the team? Because he runs the guild? Because video games excite his imagination?

Even better - at least occasionally, parents and children play together. Research shows that close people who play together have a particularly good relationship. But the main thing is that with your positive interest, the child will not lie and close, and you will be able to see if the hobby has become painful. If a child plays a lot or gets angry when you take away his favorite hobby, this does not mean that he has a problem. According to modern estimates, less than 1% of people are addicted to games. Even if your child's behavior has begun to worry you, try to ask him about school and friends first. Problem play is often the result of difficulties in learning and communicating with peers.

In addition, from early childhood, you need to instill healthy gaming habits: teach your child to sit upright at the computer, set the monitor at the right distance, and warm up the wrists before playing. The later you do this, the more the child will resist. And finally, if you see that your daughter or son genuinely loves gaming, try to immediately set up that creating video games can be a profession. The gaming industry is prestigious, promising and highly paid. You can become a programmer, game designer, artist, animator, composer, game community manager, game writer. And you can, of course, go into the eSports industry.

1,779 Views
7 Comments
chrpa— Jayisgames needs your help to continue providing quality content. Click for details Hi! Weekday Escape and Weekday Puzzle are here! The first comes Amajeto (yay!) and then tomoLaSiDo with their escapes, and then stone with a little bit unusual...  ...