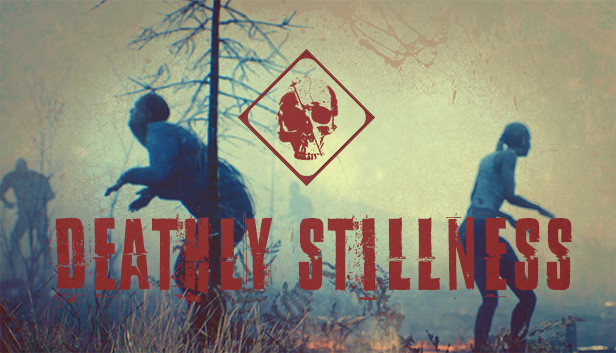 Have you ever wanted to know what it feels like playing a AAA shooting game without actually buying one? Are you looking for a casual experience to pass the time? Or maybe you just want to go hunting for zombies? If so, Deathly Stillness might just be the way to go. 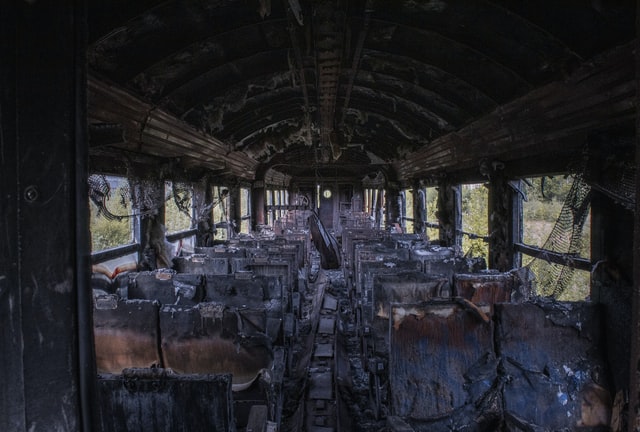 Have you ever wanted to know what it feels like playing a AAA shooting game without actually buying one? Are you looking for a casual experience to pass the time? Or maybe you just want to go hunting for zombies? If so, Deathly Stillness might just be the way to go.

Developer Chen Jiacheng created Deathly Stillness in less than three weeks (17 days, to be exact). You may think that a game whipped together so quickly wouldn't be any good, but it surprisingly is. However, due to a quick development time and lack of personnel, Deathly Stillness is far from a full game.

Though you may ultimately be looking for a fuller zombie-themed game, Deathly Stillness is still worth download. Let's take a look.

Overview
As we mentioned before, Deathly Stillness is not an official game. It is, rather, the result of an event organized by a Chinese video-sharing website named Bilibili. The website challenged participants to "make a game of shooting zombies in half an hour." Even though Deathly Stillness ultimately failed the challenge, Chen Jiacheng took it upon himself to try to finish the game anyway, hoping that people would be able to play it.

He even went so far as to make a website, purchase some model resources, and list the game on Steam. The gaming platform charged him $100. In total, he spent around 8000 Yuan (USD 1,239.12). Despite the relatively high cost, Chen decided to keep it free. In the official Q&A, Chen stated his reasons for doing so:

"The game's got no gameplay, no plot, pure entertainment," according to Chen Jiacheng.
There are several flaws due to the short development time.
Chen also said that by making the game free, he would eliminate the pressure to deliver a full game and the quality that normal consumers would expect if they paid for it.

Well, Chen does have a point.

It'd be a hassle dealing with angry customers looking for a refund and/or review bombing the game if it doesn't meet their expectations. Having said that, is the game truly as bad as Chen makes it out to be? The only way to find out is to play it.

Gameplay
At the start of the game, you're taken to the customization window where you can change your character's outfit and choose between two weapons: SCAR (easy) or AK47 (hard). AK47 has less ammo and worse recoil. Sadly, there's no way of altering the character's physical features or choosing a female variant. Well, Chen does say that we shouldn't put too much expectation on the game, so we can expect limited features.

As for maps, you got two choices: Highway (Easy) and Village (Hard). I have to say that the Highway map is boring, while the Village gets you into a truer survival experience. Want to step up the difficulty even more? Use the AK47.

One great thing about the game is, right after you get into a map, the game gives you a keyboard guide. It is a nice addition. I feel the need to say this because I find quite a considerable amount of free games on Steam that are lacking in the tutorial department. By the way, you can access the guide anytime by pressing Tab.

In this game, the only mission you have, regardless of the map, is to clear the area of zombies. There's no cinematic display; there's no narration. Chen didn't lie when he said the game has no plot. For the shooting mechanic itself, though, I can honestly say that it's even better than some AAA games out there. Pretty solid. This is the main reason why I want to see Deathly Stillness released in full in the future.

The zombies in this game run quite fast. It's kind of terrifying. It reminds me of the zombies in DayZ. The zombies match your running speed, so the best way to deal with them is not to run or evade but shoot or melee them. As a side note, the melee finisher move has a slowdown effect. It's pretty neat.

Speaking of zombies, all zombies in the game have the same walking and running animations, which is a bit of disappointment. Granted, I shouldn't complain too much. All of dem assets are not free.

What I can lament, though, is the pause feature. When you pause, the game doesn't actually stop. It slows down. I don't know why, but it is what it is. Seeing all of those zombies, who were quite far from me when I paused the game, come dangerously close to me after I returned to my desk was not fun.

Another issue is the possibility of missing zombies. If you're having trouble finding the last one or two zombies on a map, don't fret. Just restart the map and kill them all again. This happens since the zombies might get stuck in a weird place, e.g., on top of a tree (tree zombies) or between assets. I was having trouble finding the last zombie on the Highway map for a good 20 minutes before deciding to restart. So if you think that something's up, it probably is.

Lastly, as expected of a free, demo-like game, you can't expect replay value. After spending one to two hours with the game under normal circumstances, you can pretty much take in everything in one playthrough.

Final Verdict: 4 out of 5
Despite the issues with pausing, missing zombies, and low replay value, it'd be a lie to say I didn't like the game. I mean, you run around and kill zombies. You don't have to deal with cut scenes or some convoluted plot. You just shoot. Besides, even though it's short, it's also free. The developer told us what to expect, and that's what he delivered. In the game's description on Steam, Chen said that the game is "a boring third-person zombie game with no plot." And, it's not far from the truth. Although, in my opinion, the game is definitely not boring.