Crafting and Scavenging Games Trending In 2021

Crafting and scavenging have become a popular feature in video games for quite some time now, and most survival and role-playing games today include some form of crafting in their gameplay. Even though games such as Resident Evil and Survival Kids helped introduce these concepts in the late 1990s, it wasn't until the early 2010s that crafting and scavenging became major features in gameplays, especially with the release of Minecraft and Arma 2's mod DayZ. 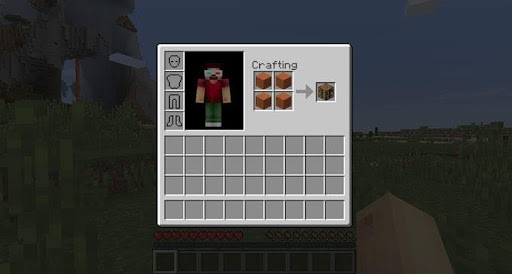 Today, the survival genre is one of the most played video game genres in the world, attracting millions of players worldwide. It's also a popular genre among streamers, with several titles featuring the most watched Twitch categories every month. With recent releases such as The Sandbox and Subnautica: Below Zero, the genre is one of the hottest trends in 2021 and thanks to the following titles, it will certainly keep its place among the most popular gaming experiences in the world.

Even though the game was released almost ten years ago by Mojang Studios, Minecraft remains one of the most popular games in the world, and is even cited as one of the greatest video games of all time. Its procedurally generated 3D world certainly revolutionized the video game industry and helped redefine the survival genre, paving the way for a plethora of games that came up after its release.
Minecraft also remains pretty popular among streamers, being one of the top 5 most watched Twitch categories for some time, and recording almost 75 million hours watched in September 2021. Apart from that, the game is even being used as an educational tool to teach chemistry, computer-aided design, and computer science.

With the console versions released in May 2021 for PlayStation 4 and Xbox One, Rust is back among the most played survival games in the world. The Facepunch Studios' title features crafting and scavenging as major aspects, as players must craft weapons and equipment to survive in its multiplayer environment.
Earlier this year, the game even broke its record for concurrent player count, reaching almost 245,000 active concurrent players. This sudden surge in popularity is also attributed to a group of high-profile streamers, including Shroud, XQc, and Disguised Toast, who started playing Rust together on a private server and streaming it on Twitch, bringing more than 1 million viewers to the game.

Developed by Animoca Brands and recently released on the Ethereum blockchain, The Sandbox is a unique gaming experience that combines sandbox, adventure and survival elements, in a procedurally-generated environment in which players can create virtual worlds, apply gameplay mechanics, and devise interactive adventures that can also be played by other gamers. The game also features a revolving metaverse in a decentralized structure, with players being able to make governance decisions regarding its operation.
Using its own utility tokens and a cryptocurrency called SAND, The Sandbox allows players to monetize all content created, finally rewarding them for the time and effort invested into gaming. According to the developers, approximately 70 million worlds have already been created, and over 100,000 are created every day.

With its fifth and final DLC expansion, Genesis Part 2, released in June 2021, Ark: Survival Evolved has been ranked once again among the most popular survival games. Featuring one of the coolest multiplayer modes in the genre, Ark takes crafting to a whole new level, as players must build bases to protect the characters, which remain in-game even after log off.
After the release of Genesis Part 2, the game recorded a significant increase in the number of active players, gaining over 60 percent, and peaking at almost 150,000 concurrent players. Last year, at The Game Awards 2020, a sequel, Ark II, starring Vin Diesel was announced.

Developed by Unknown Worlds Entertainment and released in May for Windows, PlayStation consoles, Xbox consoles, and Nintendo Switch, Subnautica: Below Zero is the sequel to the acclaimed 2018 game Subnautica. The game features the same gameplay as its predecessor, with a larger emphasis on storytelling - the plot takes place two years after the events of the original game.
Below Zero was initially developed as a downloadable content for the original Subnautica, however, with significant gameplay improvements and a complete overhaul of its scope, Unknown Worlds opted to release Below Zero as a standalone game.

Built around four pillars - exploration, survival, combat, and trading - No Man's Sky is one of the most popular survival games in recent times, even though it got off to a rocky launch, and finally earned all-time positive user recognition on Steam. With several updates released since its launch, No Man's Sky has finally become a polished gaming experience, providing a unique procedurally-generated world.
Following the release of Frontiers - the game's 17th major update which added procedurally generated alien settlements and improvements to base building - in September 2021, No Man's Sky recorded a significant growth of almost 250 percent in the player count, according to Steam Charts.

15,743 Views
5 Comments
chrpa— Jayisgames needs your help to continue providing quality content. Click for details Masa's games have a simple and clean graphics, and perfectly logic puzzles. The hints are absolutely clear and the only thing which you need is your brain and...  ...

3,132 Views
0 Comments
jayisgames.com— While smartphones can do so many things, there is still the need for the traditional game. Puzzle games for smartphones are one of the most popular types of apps in this category. Puzzles require skills such as problem-solving, logic, and...  ...

3,374 Views
1 Comment
jayisgames.com— Almost every student has been berated by their parents for playing games when they were supposed to be studying. Most parents still believe that games are a distraction and sure recipe for disaster. And we all believed this theory too...  ...