In 2008, Dmitry Zheltobriukhov's Caravaneer became a smash hit, putting you in the shoes of a traveling caravan owner in a post-apocalyptic world in the form of an RPG-style sim. Surprise surprise, seven years later we've been graced with Caravaneer 2, and it's even bigger and badder than the original. This time, you play someone who's grown up in an underground VaultER AH I MEAN bunker (totally different), who has been undergoing training to be a scout to the outside world. Your mentor, Olaf, vanished while you were gone on your last training mission, and you've been told you're to go out and bring him back... using physical force if necessary. Outside in the harsh, dangerous real world, you quickly discover that money talks, and to make it, you'll need to buy low and sell high as you travel from place to place, managing your inventory, supplies, and more. Caravaneer 2 places a huge emphasis on its enconomy and your trading, and combined with the huge amount of micromanagement, might be too slow or intimidating for some, but just as many will dive right in to the deep, thoughtful gameplay. 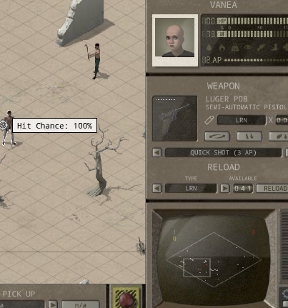 The tutorial will walk you through the finer points, but most of Caravaneer 2 is played with the mouse. Locations are displayed as maps, with various icons representing different people and places, and clicking on one will take you there. You'll spend a lot of time traveling from place to place on the overworld map, which means you'll need to make sure you always have vital supplies like water, food, and more, and also puts you at risk of attack. Battles are turn-based, with characters performing actions one after the other, and the distance you can move/attack you can make depends on how many Action Points (AP) you have. In the beginning, it's just you against the world, but if you have the cash you'll soon be able to hire people to help you out. More than combat, however, Caravaneer 2 is, as the title implies, about buying and selling. Different places sell different goods at various prices, and as you travel to others, your goal is always to sell what you've got for a higher price than you paid for it. Don't have enough money? Items themselves have value, so go ahead and pile a bunch of beans and other junk on your offer until you can afford whatever you're trying to buy. Make sure you keep track of who sells and buys what for how much by checking your log frequently as you travel. 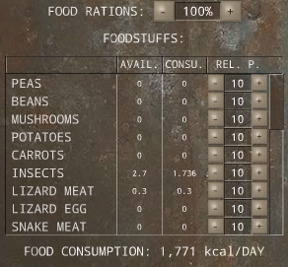 While Caravaneer 2 is obviously similar to the original in a lot of ways, right off the bat you'll notice it's also been significantly fleshed out. The character creation allows for a ton of customisation as far as your character's appearance goes, for example, and the tutorial is now (optionally) integrated into the game itself instead of only being accessible separately through the main menu. You're still going to get walloped in the face with text whenever the game tries to explain something, which can be intimidating to newcomers. Somewhat less welcome are the way inventory/caravan management menus feel more unintuitive and clunky, but the travel interface now allows you to simply plot your route by dragging a line and travel it automatically from the same menu. The dialogue is still a little stiff, with characters talking about needing to "explain you the details", but the story is a lot more ambitious this time around as well. If you've played Fallout 3, a lot of it is going to sound very familiar, but there's clearly been a massive amount of thought given to worldbuilding this time around that makes the narrative feel more engaging. Clearly, Caravaneer 2 has had an enormous amount of work put into polishing it up from virtually every aspect, to say nothing of the significant visual upgrade... though what's up with the near-complete silence broken only by the comparatively raucous drumbeat on the overland map?

Caravaneer 2, like its predecessor, is not a game for people who demand a lot of action, instead catering to players who prefer slow, thoughtful gameplay. Caravan management is, as you'd expect, a massive part of the game, which means you'll spend a lot of time comparing prices, taking care of livestock, outfitting your hired help... if you love micromanagement it's a dream come true, but with all the menus, sub-menus, statistics, items, industries, and the economy to keep track of, it's also very slow. The end result is a game that may need a bit of patience to gain momentum in the beginning, but has a remarkable amount of depth that can keep you busy for a long, long time.

This should help people start to rake in the cash, I hope...

I´m an "old gamer" and have played much and any genre, so most games don´t impress me even if they are praised by people.

But Caranaveer2 is a great, fun and addicting game.
This deserves much attention and the Devs should keep the work up!

Have you played the original?

I appreciate the effort, but it is rather fascinating that the options for female hair are dwarfed by all the male options. Try the internet a teensy bit more. It also might've been easier to use the gender options to only affect the text, since graphically it only seems to affect the portrait, and there's already an option to toggle facial hair and skeletal structure. There is the usual disturbing content in post-apocalyptic settings, though fairly expected and in my opinion not a tasteless horror show.

Don't be surprised if you spot a familiar face among the NPCs. Once you find the "Manage Containers" button, this brings out the best of the original game. It helps to understand what Escorted / Prisoners / etc. will do to your rations. Also before you do anything, find the automatic settings so you can forage while you travel, among other things. The danger of getting lost in the desert is quite real, and I like it! And I am just as bad at playing this edition, thank goodness for all the save slots. Does anyone know how to

sabotage the Kivi - Drekar negotiations? I can get the Lintu and Lois to attack, and I can get the Lintu leader killed, but I can't seem to clear that mission without the Drekar leaving. Also because I failed it, I have no idea what actually happened; all I know is the Lintu, Lois, and the Drekar are all gone without explanation.

If you get that far, don't buy

slaves only in order to free them. Your Slaver reputation will go up regardless of their liberation.

Caravaneer 1 was so vast and engrossing, that it's still the only flash game I ever consciously stopped playing, not because it was frustrating, but because it was so fun and there was so much of it that I knew I had to quit first.

Already a few hours into this one; caught between the desire to turn my brain into a trade routing/ goods calculating computer, and the vague notion that I have to go outside eventually.

Isn't that the greatest praise a game like this can receive though?

After accepting the mission to sabotage the Kivi-Drekar negotiations, I went to Drekar and talked to their Leader.

My dialogue options ended up with convincing Drekar to leave the region, or suffer an attack from Kivi, in exchange for info about Olaf's whereabouts.
(except for the "Screw You!" option, which just got me killed and sent back to the title screen)

I went back to Kivi to tell Spencer Rice that "Drekar said they'd negotiate, but they're really just going to leave" or something like that.
Spencer Rice then decided to attack Drekar with the Kivi.

I didn't go to Drekar, but instead headed to talk to Lois. The same time I left, a bunch of Kivi Warriors also left.

While on route, I got a game message that read something like "Drekar have been defeated!"
When I got to Axoul Tree, Lois was no longer there. She was now in Pullid Camp. Went there and talked to her.

Then I traveled back to Kivi and talked to the guy who gave the mission to sabotage Kivi-Drekar negotiations. After some dialogue, the mission in the log read "Complete"
I then talked to Spencer Rice again and he joined my party.

*Maybe the game conditions are different for you, but I did all of this almost by accident.
*Lois is no longer in Axoul Tree, but in Pullid Camp in my play through. Also Drekar is still on the map, with a bunch of nice loot.
*The key for me was going to Kivi immediately after leaving Drekar. Any time wasted meant that Drekar just disappeared from the map.

Could someone explain the Intelligence attribute please? I assume that Physical determines your max carry weight, Agility determines how much you can do per turn in a battle, and Accuracy allows you to hit targets farther away. Am I right?

Also, in the character maker screen, you cannot select a blue hair color. You can get it from the "Randomize Appearance" button, but the Hue+ button vanishes at 'true green'. What Gives?

All questions and answers are given on the Caravaneer 2 Wikia site.
This wikia is maintained and updated frequently by a big group of fans. Please join us in getting everything out of this great game.