Owen Wright isn't having the best day. With the newspapers full of the gruesome murders and terrifying abductions perpetuated by the one they call "the Lonely Hearts Killer", his daughter Olivia's disappearance doesn't seem like it's going to end well. Hoping for the best but fearing the worst, he writes a letter begging help from his friend Logan, the detective in charge of the investigation into the murders. Together they set out to solve the case and hopefully bring Olivia home safely, but what's really going on here, and what's Olivia's connection to it? Brink of Consciousness: The Lonely Hearts Murders is a hidden-object mystery adventure from Magic Indie Softworks that's big on cinematics and dripping with noir atmosphere. 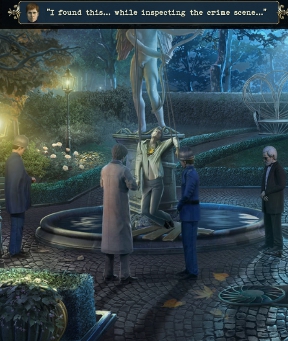 As Owen, you play the cranky, stern stuffed-shirt Watson to detective Logan's "Never Actually Does Anything" Sherlock... sort of. The game takes place over a series of days as you struggle to find Olivia and figure out what possible connections she could have to the gruesome murders going on, since once they've been kidnapped, the victims of the Lonely Hearts Killer have 30 days before they're killed. You know, kind of like if the girl from the Ring was a whole lot lazier and into procrastination. You'll explore the city, talking to a number of individuals and looking for clues and helpful objects everywhere. And I do mean everywhere, since the residents of this quaint little Murderburg seem to have a weird tendency to hide things all over the place. Fortunately, with a map and a helpful hint button to steer you towards your next objective (all the great investigators have them), you'll never be stuck for long. 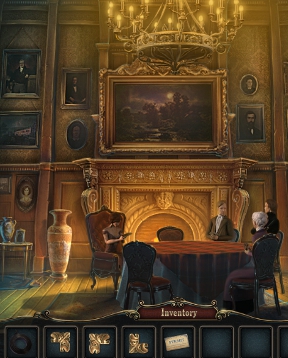 Analysis: The Lonely Hearts Murders is one of those rare hidden-object adventures that feels like it dedicates itself to its plot more than anything else. It's all very Sherlock Holmes meets noir, with a big emphasis on atmosphere and character interaction, which means you see and speak to a lot more characters, making your investigation feel like... well... an investigation. The character models tend to look best from a distance, but the design as a whole is remarkably well done, from the artwork to the soundtrack. Heck, even the hidden-object scenes are typically easy on the eyes and fun to mess around with. Of course, you might be forgiven for thinking the game isn't exactly the most exciting experience around on first impressions, since the first two puzzles consist of finding your keys to open the door to your own house while you're still inside it, and making tea for your buddy Logan. Take my breath awaaaaaaay. Fortunately, that's just the game's awkward way of making sure you're awake, coherent, and know the basics of the gameplay.

The gameplay is as a whole both odd and somewhat... convenient at times. Objects to solve specific puzzles can sometimes be found in completely unrelated places they have no business being, and Owen gathers up so many random items to use later on you start to wonder if he's either psychic or just a hoarder. Really, Owen? What was it about that soda can tab that said, "Pick me up! I'll help you find your missing daughter!" The end result is that the game feels almost a little random, with gameplay that sometimes doesn't feel as cleverly or tightly designed as the story and setting. That's not to say it's bad... far from it, since the item usage is always mostly logical and a good chunk of the puzzles are actually fairly clever. If you're looking for a hidden-object adventure with gorgeous art, creepy intrigue, tons of fully animated and voiced characters and scenes, and the ability to rearrange a woman's shoe closet, do yourself a favour and check out the demo for Brink of Consciousness: The Lonely Hearts Murders.