Learning can be fun in so many different ways. You can talk to cool foreigners to improve your language skills. You can do all sorts of physics experiments that go boom. But quantum mechanics? Gimme a break. We're talking about subatomic particles! You can't even see them! And that's where the amazing power of computer games comes in. TestTubeGames gave us Bond Breaker 2.0, an educational puzzle game (also available for iOS and Android) which will teach you about all sorts of things you likely never thought you could care about. You will get to experience life as a proton, a teeny-weeny particle which just wants to make some friends. You'll learn how to hang out with electrons and form neat little hydrogen atoms, how intermolecular forces can affect your relationship, and how you help geckos stick to walls. Even if you're not interested in chemistry, this game is worth your time, because it's a cleverly made, sleek puzzler with some interesting mechanics. 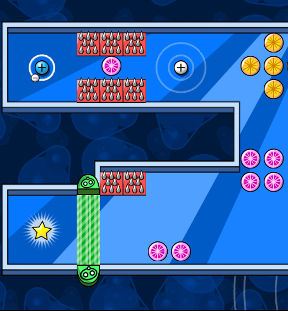 Subatomic particles just don't get the recognition they deserve. Oh, no big deal, we just make up like everything in the universe ever. But don't mind us, we'll just sit here in the corner all unappreciated. At least that's what I'm guessing they are saying. But Bond Breaker 2.0 (as did its predecessor) goes a long way towards righting that wrong. Not only do you get to play with the building blocks of our world, but you also dabble in lasers, fusion, and a super tunneling microscope. Super what now, you ask? Bond Breaker would be happy to explain, but the short version is that it's awesome. The game mechanics are introduced gradually, in between levels, and they illustrate various principles of physical chemistry. You are only told what you need to know in order to solve a puzzle, but there is a "find out more" option in case the explanations don't satisfy your curiosity. The rules get more complex as you go along, but they are related to the stuff you've already learned, so it all makes sense and doesn't get overwhelming. It's not easy to make an educational puzzle game which is at once fun, challenging and accessible to players with little to no knowledge about the topic, but Bond Breaker 2.0 has done it. Even if you think you don't want to learn about protons, the game sneakily pulls you in with fun facts and well constructed levels, and ten minutes later you're shooting lasers at your atoms like a pro. The casual gaming world could definitely use lots of games like this one, and the possibilities are endless. So if someone wants to make a game about the special theory of relativity which I slept through in high school, that'll be great.

Thanks for the review - glad you enjoyed the game!

Funny you should mention special relativity, one of my earlier games deals with just that... feel free to check out Velocity Raptor, and catch up on all that physics you slept through :)

Hey :). You're welcome, it's a really cool game and it's amazing that you made it all by yourself. I'll definitely check out Velocity Raptor, thanks for the tip!

I instantly remembered the first installment when I saw this, and it did not disappoint! Simply marvelous for people versed in physics and those willing to learn alike. I also gave the aforementioned Velocity Raptor a shot and it does a wonderful job of showing relativity in practice, as confusing as it may be firsthand.
Would definitely recommend both games to any curious minds out there.