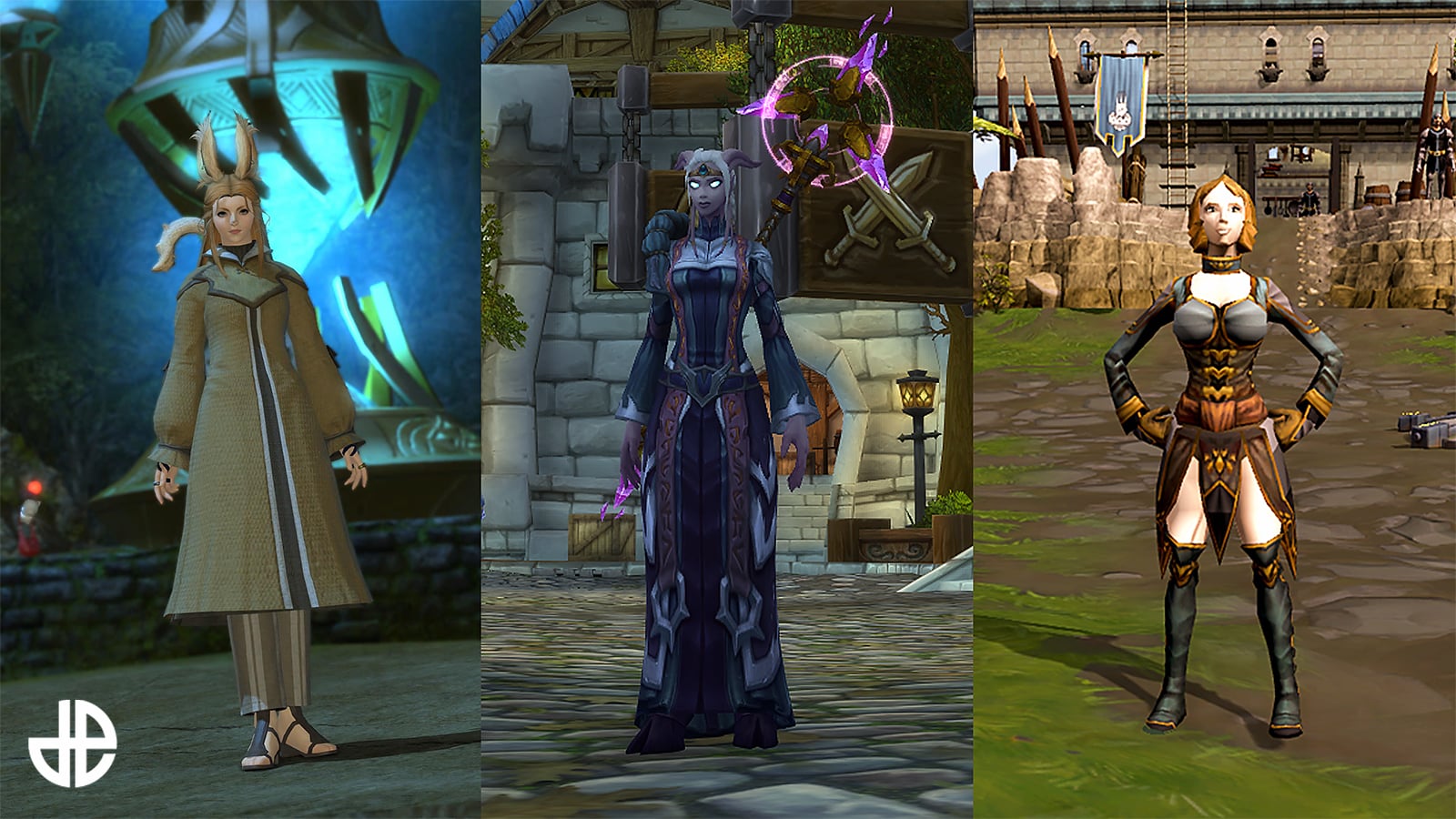 An RPG is a game in which players take on the roles of characters in a fictional world, in contrast to an MMO, an online video game in which many players simultaneously engage. One of the most loved gaming genres in the world right now is the MMORPG, which seamlessly integrates both qualities.

Like in standard RPGs, your decisions and actions in MMORPGs will determine the course of the game and how far you advance in your quests, but they differ from multiplayer or single-player RPGs in how you interact with other people. You can play alongside and communicate with other online players in MMORPGs, which significantly increases the depth of your gaming experience.

With so many incredible games being produced yearly by developers to satisfy the ardent fans of MMORPGs, the attraction and popularity of this genre of games have increased dramatically over the years.

While each game is unique, MMORPGs have a few distinguishing characteristics that set them and make them one of the all-time greatest games. The following is a breakdown of these games' most incredible features:

Great Storyline
While there may have been a few misfires, you can generally count on a fantastic storyline when entering any MMORPGs universe. The game's captivating narrative keeps players interested and motivated to play to the conclusion, which is usually not in sight. You typically have a fascinating and compelling narrative set in a magical universe.

You can spend many hours simply exploring new planets and universes, exploring its characters, locations, and bosses since its lore is so rich and diverse. The developers capitalize on their consumers' love of the game by releasing expansion packs each year, and with their unique creativity, bring forth new stories and, therefore, even more adventures for gamers.

One of the most enjoyable aspects of these types of games is exploration, which allows players to find secret locations and imaginatively created spaces. The gameplay in MMORPGs is often based on a map of the fantasy world.

Character Customisation
You almost always have the option to create and modify your character in MMORPGs. Gamers can more fully become the characters they want to be in this fantasy world by customizing them.

With this feature, players may customize their characters to stand out from the other characters in the game and become characters they will always be able to identify as their own.

Including their color, gender, skin tone, body build, walking style, attire, and other physical characteristics, players can design and personalize their characters to suit their preferences.

Character Progression
Character progression is one of the best aspects of these games since it increases player engagement more than anything else. One of the essential components of all MMORPGs is the ability to develop your character.

Finding the ideal character arch for you, though, may require a lot of time and gaming, and it also depends on your abilities and choices throughout the game.
This is typically accomplished by finishing tasks or eliminating enemies to level up and acquire experience points. Players can advance for as long as they wish to play because most MMORPGs lack an endgame.

As the gameplay progresses in many MMORPGs, you will need to strengthen your character for higher levels, which necessitates purchasing goods using in-game currencies like Elder Scrolls gold for ESO, Gil for Final Fantasy XIV, etc.

Most games in this genre have their own in-game currency; if you run out of in-game resources, you may purchase boosters online. You can advance your character to the next level more quickly and effectively by using your virtual currency to buy things like weapons, furniture, and other items, depending on the game.

Quests
Everyone enjoys a little action, and most MMORPG games provide plenty of it for you to enjoy while completing the various missions offered in the game and leveling up simultaneously.

You might take part in a fetch quest, where the non-player character (NPC) essentially instructs you to fetch a specific quantity of an item and indicates where you might obtain it. Fetch quests are entertaining because you frequently have to go to distant locations to find the materials the NPC needs, and you could run into difficulties or adversaries while completing them.

Additionally, you can be given kill missions, which, as their name suggests, require you to kill a specific number of a particular creature. These quests are engaging because they frequently relate to the game's primary plot, giving players the impression that they are changing the game universe rather than just killing things in cold blood.

For instance, the quest might instruct you to eliminate fifteen demons spreading disease throughout a particular community; once you do so, you'll receive accolades from the people you saved and presumably a valuable prize.

You can also discover daily and weekly tasks, which are very prevalent quest types in most MMORPGs you play. These adventures are rather impromptu, and as you might have guessed from the name, they can be done once a day or once a week. The fact that you are constantly given new tasks to complete is a critical aspect of these quests to keep in mind.

You might be tasked with a difficult assignment one day, such as dispatching a dangerous animal, and an easy task the next, such as delivering a package to a distant recipient. Because they don't take much work to complete and can provide some spectacular benefits in the shape of experience and gold, daily quests are almost always worthwhile.

Amazing Graphics
No one enjoys playing a game with poor graphics. The most modern MMORPGs are more advanced, even though some older MMOs may not have had the best graphics.

You can be sure that there will be excellent graphics to really bring the worlds to life for the players in most MMORPGs due to the intensive world-building that goes on in the recent games.

PvP and PvE
PvP is short for player versus player. Players engage in player-versus-player combat with one another in this particular game style.

MMORPGs typically include both game modes, albeit varying degrees from game to game, instead of focusing solely on one or the other. Online games' PvP and PvE events frequently feature several player groups known as parties. In these events, players compete, with the nature of their competition dependent on whether the event is PvP or PvE-focused.

PvP competitions typically pit players against one another. This may occur in designated battlegrounds, preset tournaments, and arenas or involve combat in the main game world.

In PvE, these activities are mainly geared toward teams of individuals taking on boss monsters or cooperating to complete tasks without engaging in combat against each other.

Wrapping Up
These are some of the best features of MMORPG games, contributing to their continued relevance as a gaming genre in the modern era.

4 Effects of Cyberbullying and How to Protect Yourself

92 Views
0 Comments
jayisgames.com— Cyberbullying is sadly as old as the internet itself. Wherever people interact online, there is the potential for bullying, such as when playing online games or on social media....  ...