A Very Long Rope to the Top of the Sky

A Very Long Rope to the Top of the Sky is the very long name of a very long RPG by Kasey Ozymy I have been trying to sort out how I feel about for a very long time. It's the story of two sisters, Ivy and Mint, who suddenly find themselves alone and forced to care for themselves in the barren, hostile world they live in. With Mint's poor health and little left to even scavenge, their only option seems to be a rope... one that, as the title suggests, hangs down from somewhere high in the sky above their heads. What they find up top turns their world upside down and changes everything they thought they knew about their family, and sets them on a dangerous adventure in an unfamiliar and forbidden land. Also, there are pig meat costumes, like you do. 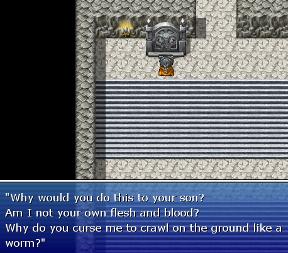 For the most part, A Very Long Title I'm Not Typing Out Every Single Time is a fairly typical turn-based RPG. You'll explore, get in fights with random encounters, level up and grow stronger, buy new equipment, the whole shebang. While the combat might not ring any bells, it's at least well thought out enough to provide ways for characters to regenerate mana to offset how scarce in-dungeon save and healing points are. It is, in short, the type of game that exemplifies a lot of the classic elements of the "JRPG" genre, and you'll get the most out of it if you already love, or at least expect, grinding levels and random encounters. The main story (which is difficult to talk about without spoiling the big twist revealed early on) takes a while to really get going, mostly because Mint and Ivy keep getting sidetracked into helping people. Mint, despite her illness and eagerness to explore and learn, is very much a "everyone else comes first, THEN me" type of person, and Ivy is driven by a desire to simply see her sister happy. It makes them very likable and sympathetic heroines who deal with some complex themes along the way, from family to religion, but it does also mean you get spoon-fed morals every few hours as well. It takes away from the warm fuzzies or thoughtful introspection when either Mint or Ivy have to carefully and awkwardly state whatever it is you were supposed to learn from an encounter. Every time it happens, I want you to imagine it's playing that little Scrubs sad musical riff. Ba-da dum-dum-dum DUM bum-bum... 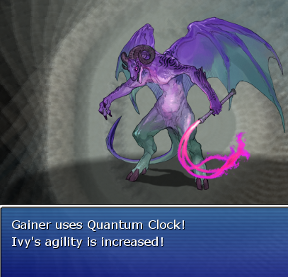 Primarily, however, it's the pacing that holds the game back in several places. We don't need to dodge the boulders twice. We don't need the doors-and-switches puzzle three times in a row. It's trying to provide a more cerebral experience to its dungeons than simply stabbing things, which is appreciated. But then those puzzles repeat, or you find yourself pushing through long dungeons without much visual interest or anything to do in them besides grind levels. Don't make me resent slogging through dungeons and drawn-out scenes... let me love you. Because if you stick with it, there is a lot to love about A Very Long Title With More Words Than Strictly Necessary. It calls itself character driven, and this is definitely true in the best possible way.

Even with its flaws, this is an extremely enjoyable and ambitious RPG with a clearly enormous amount of thought and effort behind it that deserves to be appreciated. While you can expect to do a lot of "Huh?" and "Bwuh?" in your first hour or so due to the way the world building is handled, the writing is exceptionally solid with a fine balance of humour and drama. The cast is immediately likable and expressive thanks in part to the way their portraits change to emote, and the world is mysterious yet relateable in a way that compels you forward to find out more about it. Area design is, unfortunately, on the whole rather uninteresting, but the game carries you through with the substantial meat of its gameplay. In addition to the main story and hefty amount of sidequests, you can craft items, raise pigs for an arena, develop a town, and more. The game promises over sixty hours of gameplay, which might seem a little generous depending on how you play and how much of a completionist you are, but will still keep you involved for a long, long time if it gets its hooks into you.