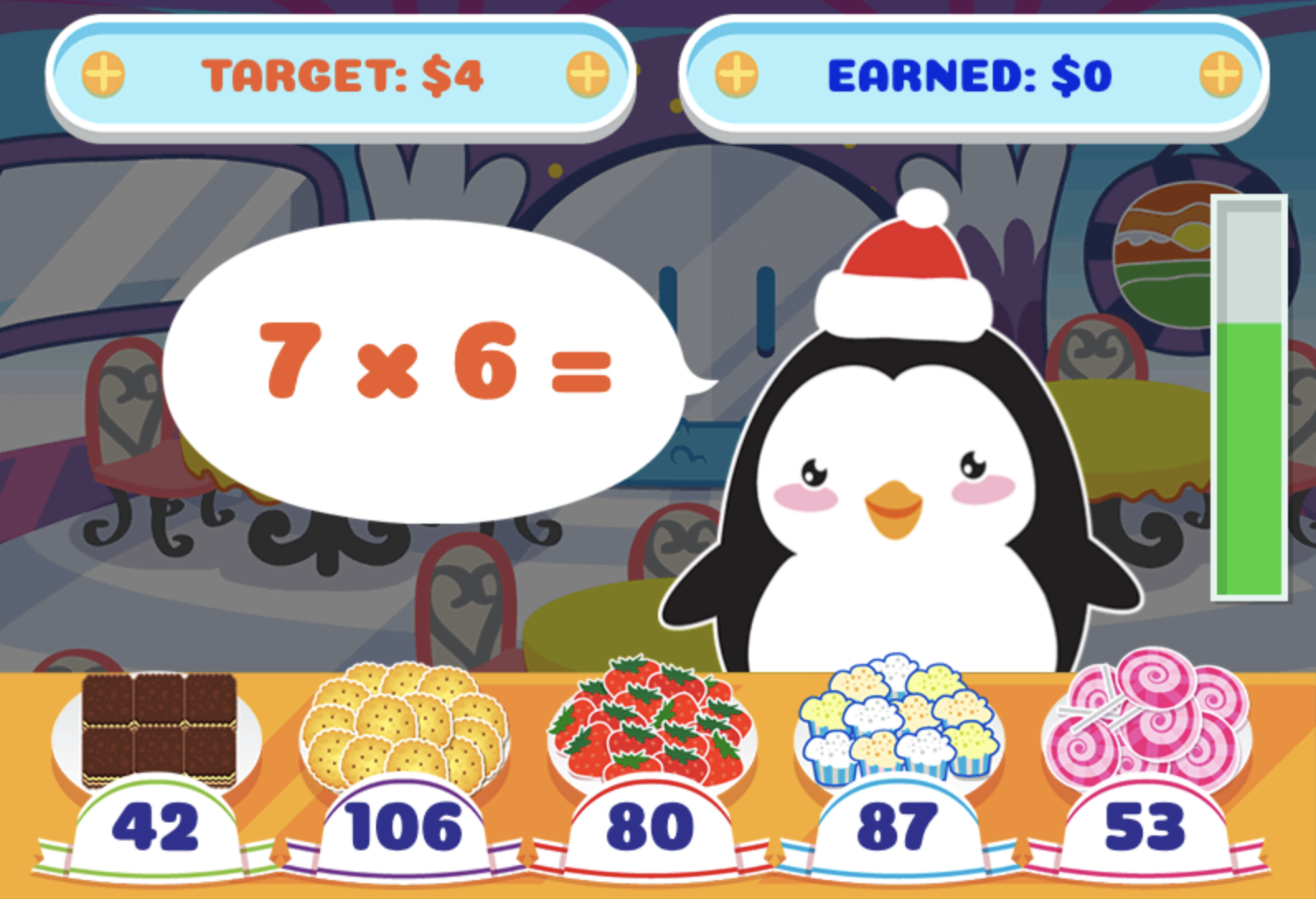 A solid foundation in math is pretty much the most important thing you can take from your early years.

That goes double for kids in school today, growing up in a world where mathletes and coders are the ones with all the power.

It's just a shame that learning multiplication tables - a major building block in mathematical education - is such a total and utter drag.

So much of a drag, in fact, that it gets doled out as a punishment from time to time.

Countless tools, tricks, and lame songs have been devised over the years to make the process of learning multiplication tables less painful, but nothing really works.

MultiplicationGames.com is an ingenious website aimed at turning math learning into a game.

Scratch that. A TON of games.

To name just a few, Going Nuts sees you guiding a squirrel up a tree and choosing the correct answer to a series of simple multiplication questions.

Gravity Math, meanwhile, is a neat little arcade game in which you have to steer a gravity-flipping scientist through a retro-tunnel, always ensuring that you're on the surface that contains the answer to the problem being displayed in the middle of the screen.

But both games would be pretty dull if all they asked you to do was solve multiplication problems. That's why they throw spikes, branches, boxes, and other hazards your way.

There's a huge variety of titles on offer on MultiplicationGames.com, including racing games, a bowling sim, and a fun take on Who Wants to Be a Millionaire?

Some, like Math and Colors, are totally innovative, and play just like the sort of indie casual game you might see in the Editor's Choice section of the Play Store.

Others pay homage to classic games of yore. Both Flappy Times Table and Splashy Multiplication will be instantly recognisable to anybody who played the smash hit casual game Flappy Bird back in the day.

The one thing they all have in common is that they're so fun your kids will forget they're learning math.

Head to Multiplication games to get started.

Historical Games Worth Your While

Views
0 Comments
jayisgames.com— The thing about history is that it has inspired a great number of TV shows, movies, and even video games. Game developers have been pumping out titles since the dawn of the gaming industry and some of them are historical...  ...

League of Legends Changes for 2023: Everything We Know

1 Views
0 Comments
jayisgames.com— League of Legends--one of the world's most popular online games--has more than 80 million monthly players worldwide. And these players are in for some big changes in 2023....  ...