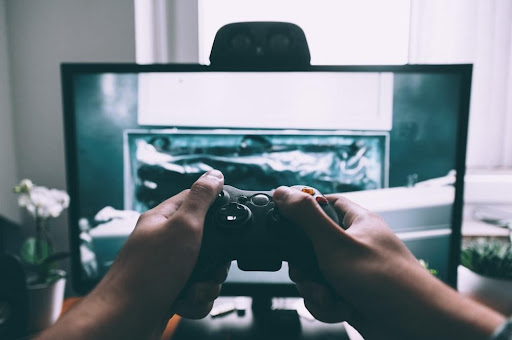 Most people get super excited when a new video game is released. You see, people have something of an obsession with anything new. So, everyone is talking about Mass Effect Andromeda and every other major game being released but forget about League of Legends.

Some get better and more popular over time, while others fade away into obscurity. Still, every video game deserves a chance to be played. To make your gaming entertainment more exciting you can use professional game boosting.

Now, let's check out this list for the top 8 most underrated video games you need to check out.

Titanfall 2
Titanfall 2 is an intense first-person shooter that puts you in the cockpit of a giant mechanized body, where you can fight alongside a partner against hordes of enemies.
This is undoubtedly one of the best first-person shooters you need to play. The graphics are smooth, the gameplay is fantastic, and it has a fantastic storyline.
While the game got mixed reviews, it's still an excellent game to check out, especially if you're into FPS games and like Call of Duty.

Mirror's Edge
This is undeniably one of the most underrated games out there. It's an open-world free running game where you run across buildings and make your way to the end of the level.
The game uses a first-person perspective, and the player's movements are mostly linear, allowing for little to no deviation from the game's path. There is a small amount of combat, but primarily the game relies on parkour to get around and avoid enemies.
Despite its limitations, it still offers something unique to gamers, especially at the time it was launched. However, EA published it, so most people didn't give it a try even though it was terrific.
In fact, the game generally received favorable reviews from critics, who praised the art style and free-flowing movement but criticized the combat and story.

Injustice: Gods Among Us 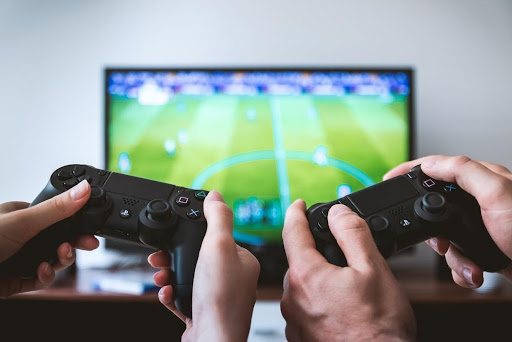 The best about this game is the vast selection of DC Comics characters that you can play with and fight against, ranging from Batman to Flash. That's why it has become immensely popular among DC Comics fans.
The game is set in a world where justice has forsaken the world, and all hope lies in the hands of the few remaining superheroes that remain.
With that said, if you search for it on YouTube, there are some excellent instructional videos on playing the game at high levels if you're interested in exploring more what the game has to offer.

Star Wars: Knights Of The Old Republic II
The gameplay features a third-person perspective, but unlike its predecessor, it offers a choice of playing with a first- or third-person view.
Apart from regular combat and exploration, one of the most significant features of the game is you can talk with characters that join your party. They often have side quests for you to complete to gain their trust and assistance in future battles.
You can also create your own party members by recruiting non-playable characters on your travels and distributing points among their attributes.

Ori and the Blind Forest
Ori and the Blind Forest is a beautiful game set in a gorgeous forest wherein you'll be playing as a spirit named Ori. In the game, you'll navigate Ori as he tries to find his way through a forest that's been destroyed by darkness.
The gameplay involves platforming, solving puzzles, fighting against enemies using your Spirit Flame, and finding secrets in each area. The game has an emotional story that really draws you into it as you play.

Shadow Complex
Shadow Complex is a side-scrolling, third-person action game by Chair Entertainment, first released for the Xbox Live Arcade in August 2009. The plot of Shadow Complex is based on the Orson Scott Card novel of the same name.
The game follows Jason Flemming, a soldier who has been dispatched to a mining town infested with terrorists. His mission is to infiltrate an underground bunker owned by a mysterious group named "The Restoration."
Shadow Complex received primarily positive reviews from critics, especially in terms of its stunning graphics and immersive gameplay.

Geometry Wars: Retro Evolved 2
Geometry Wars: Retro Evolved is a game where you control a small ship that can shoot independently of movement. The goal of each stage is to collect every star in it, which will unlock the next level while dodging enemy bullets and destroying enemies.
Most levels feature a single large enemy that fires shots toward your ship. After defeating all enemies on a level, a large cube called the D-Cube will appear, which you must destroy to proceed to the next level.
It's an excellent choice if you're looking for something that will help you hone your strategic skills while engaging in an immersive game.

Tales from the Borderlands
The best way to describe Tales from the Borderlands is it's a combination of a Telltale Games adventure game with Gearbox characters and art assets.
However, that's a disservice to both Telltale and Gearbox because Tales from the Borderlands stands well on its own as an engaging, funny, and surprisingly deep action-adventure game.
The story is about two rogues, Rhys (a greedy Hyperion employee) and Fiona (a con artist), trying to pull off one last con before escaping planet Pandora forever.
It's a fantastic premise that makes both characters feel like they're in over their heads. Hilarity ensues as they inadvertently stumble into a war between rival corporations while pursuing their mark.

Final Thoughts
Video game enthusiasts always want to play the latest and most unique games available. With that said, it's good to note that the games listed above are only scratching the surface of the hidden gems in the game world.
Sure, some of these games that haven't gained much acclaim, may have a small following, or are a bit dated, but they still deserve your attention, nonetheless.
In fact, these games will intrigue you with their brilliant design, exciting gameplay, and fascinating stories. With that said, hopefully, you found something you will enjoy because there's always a gem out there for everyone.