7Days, a first-person horror adventure game developed by RevoLab, has simple fears at its core: Waking up and not knowing where you are. Waking up in a place where there appears to be no obvious escape. Waking up and realizing that someone you don't know has been watching you sleep. And the only thing there is to do is explore. Move with the [WASD] keys, and interact with the environment around you by clicking. [E] brings up the inventory screen where you can choose an acquired item to use on the object in front of you. (It's mostly going to be a key/door situation there). Hold [Shift] to run, and tap [Ctrl] to crouch. You'll be doing more of the former, than the latter. The basic goal is that, on each "day" you must find a note, which will take you to the next day. No points for guessing how many days there are in all. But know this: you won't be alone. 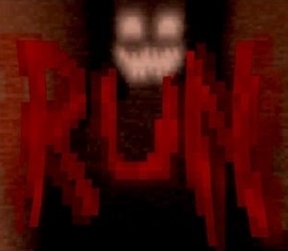 If you've played many a horror game before, many of the things you'll see in 7Days probably won't surprise you, even as they take you by surprise. There are a lot of corridors that don't lead to consistent places, mysterious red stains, words written on walls, vaguely philosophical ramblings, judicious music stings, and an impressive mind screw of an ending (loses points for invoking a creepypasta I've already read, though). All that's missing is a Swedish YouTube guy hurling obscenities at it (though I think that's included in the next patch). But hey, just because the tropes are familiar doesn't mean they can't be effective. 7Days is at least 95% atmosphere, leaving such things as plot, character development and, in some parts, coherence by the wayside. But if its the video game equivalent of a seasonal haunted house ride, it's a thrilling one (albeit one with a very slow start), but when things get weird, they get weird. Even if it leans closer to "ominous" than "scary", 7Days should prove a nice time-waster for those who enjoy a more Lone Survivor-style surreal sort of spookiness.

Made it through the whole thing; doing a walkthrough for this would be kind of difficult so my best advice is "keep exploring and check everywhere, especially on the floors".

The message at the end of the game, it hit home with me. I was in a coma 2 years ago and my family was traumatized bringing me pictures and having familiar people visit, all kinds of stuff. It's very true what is said and could possibly even help a person recover faster.

A nice, scary, and oddly

romp to play through.