Gaming has gone through quite a radical change since the rather primitive days when Atari ruled the roost. We have gone from 8-bit graphics to VR and photorealistic ultra-HD such as MS Flight Simulator. But before the days of Steam and Oculus, there was a time when internet browser games were incredibly popular.

Think back to the era of Newgrounds, Miniclip, and the like, when Flash plugins were king. Browser games were a brilliant way to play games on a budget, as most of these games were free and could be played on any PC that supported Flash. Plus, some of these games were more than just a gimmicky, throwaway experience. To name but a few, Roblox, Minecraft, and Runescape all began as browser extensions, and look where these games are now.

However, the question remains, are browser games still accessible and relevant in 2022? Well, to answer that question we look at the best examples of browser gaming in 2022, and suggest some incredible RPGs that have more depth and creativity than some traditional RPG games out there.

Without further ado, here is our list of the five browser RPG games that you need to try! 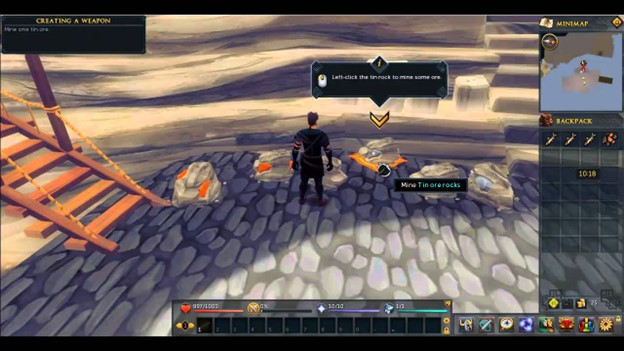 We begin this list with the mac-daddy of them all where browser RPGs are concerned. Since its conception in 2001, Runescape has been a mainstay within the RPG zeitgeist, has received regular updates, new quests, and has maintained a bustling community. So if you were to log in and hit the Grand Exchange today, you would witness first-hand just how popular this game remains.


Runescape has been released on more modern platforms, with the most recent being the mobile app, allowing the Gielinor faithful to play on the go. However, we still believe that the classic OSRS variant is the best way to enjoy this game.


With over 200 Quests, tonnes of items, an addictive progression and character-building system, and loads of bosses to battle on your way to Runescape mastery, this game serves as one of the deepest and most gripping RPG experiences ever. So be sure to log in and see what you have been missing for over two decades!


#2 - A Dark Room
Now we move from a rich and expansive medieval RPG to one that succeeds due to the pure simplicity of the gameplay offered. A Dark Room is a text-based browser RPG that utilizes simple survival and RNG mechanics to provide an experience that starts slow but quickly builds into one of the most addictive and captivating games you will find on the web. The game somehow manages to provide emergent gameplay, exploration, discovery, a competent progression system, and a simple narrative, all while allowing the player to have full control of their actions. 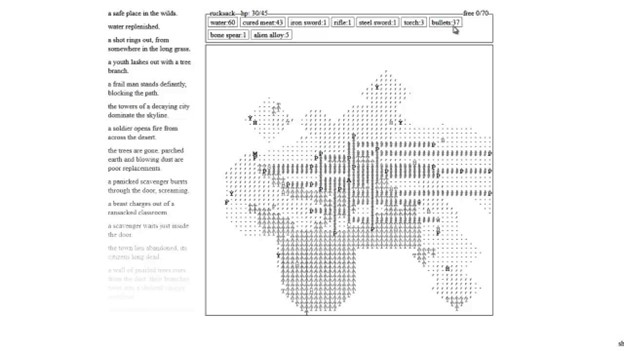 We admit the RPG elements of this game aren't as prevalent as in some other entries on this list, as the game doesn't have you play the role of a character with stats and a set level, for example. However, we feel that what elements this game does provide, married with the sheer quality of text-based gameplay on offer, warrants A Dark Room a spot on this list.

If you are looking for something in the RPG sphere that doesn't take itself too seriously, then look no further than the long-running browser RPG, Kingdom of Loathing.


This game is a comical RPG that offers a series of surreal monochrome daydreams set within a huge RPG world that you can explore at your leisure. The game has been around for a while, and therefore a lot of the gags and humor included are a little dated, but if you can put this to one side, you'll find that there is still a lot to love about this wacky title, including a simple but effective narrative and a serviceable turn-based combat system. 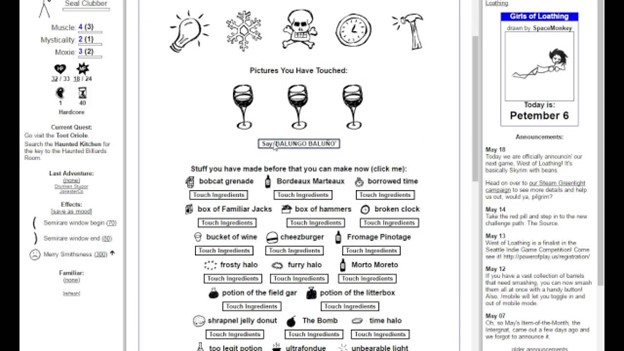 The game still receives regular updates, with the most recent at the time of writing coming in June 2022. The game also maintains a strong player base, usually hovering around the 400-500 concurrent player mark. However, if you want something a little more modern, you could always play the single-player spin-off, West of Loathing, or the tabletop card game aptly named 'Mr. Card Game'. Whatever you choose to do, we wager that you'll have a wonderful time!


#4 - Adventure Quest
We move on to Adventure Quest, a game that is perfect for any potential Runescape fanatic that has exhausted the content in Gielinor and seeks a fresh new adventure.


This game is easily the most technologically impressive of all the browser titles included here, with great visuals, a staggeringly big world to explore, and a series of intricate mechanics that help immerse the player in this universe and create a character in their image. This is epitomized by the alignment system lifted straight from DnD that allows players to choose between good and evil and enhance their role-playing experience. 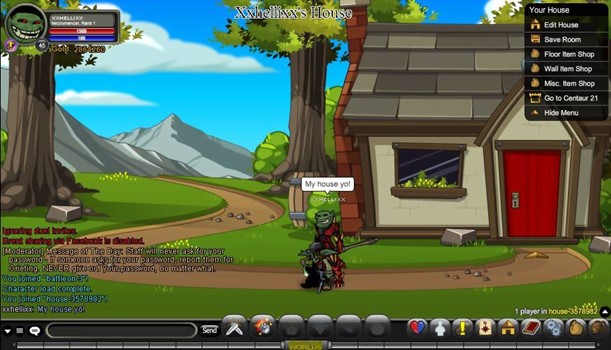 The best aspects of this game are undoubtedly the visuals, the abundance of content, and the intricately crafted turn-based combat system. However, unlike its MMORPG counterpart, Runescape, the player will find this a much more solitary experience. However, if you like playing RPGs as a lone wolf, this could be just the ticket.


#5 - Pokemon Showdown
Then lastly, we have Pokemon Showdown. Now, before you start typing furiously in the comments, we know this isn't strictly an RPG. It's a battle simulator that originates from a popular RPG series. It may be a tenuous link, but it's our list, so we are going to roll with it. Pokemon Showdown is essentially a multiplayer online browser extension that allows players to choose their respective Pokemon squads and then battle against other players in competitive 6v6 matches. 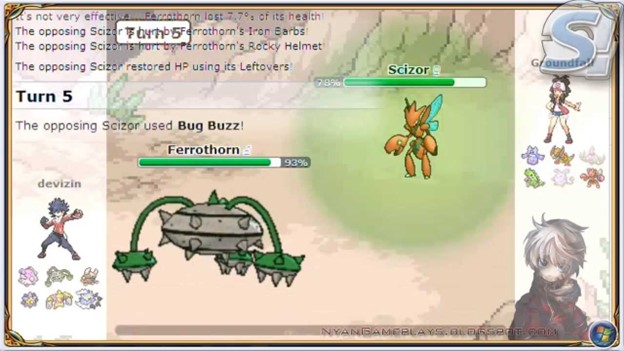 Now, you may think of Pokemon as a calm and serene experience that rarely challenges the player beyond the occasional white-out and a trip to the Pokemon Center, but Pokemon Showdown is a different kettle of fish. This game mirrors the competitive intensity of the Pokemon meta, and if you don't have a cohesive team with the right movesets, abilities, and held items, then prepare for a really tough time. Basically, this is Pokemon for gamers that refuse to buy a Nintendo product and take it from us; it's a lot of fun to mess around with.


So there you have it, five incredible browser RPGs that prove browser games are still worth your time, even in the modern age of gaming we live in today. We hope that this list has inspired you to embrace the old ways and jump online to enjoy an old-school RPG and drink in all that nostalgic fun. Have fun diving into the RPG action and as always, thank you for reading.

If you haven't tried Kingdom of Loathing, you definitely have to give it a go. It looks like a small game, but there are thousands of items as well as an incredible array of ways to play within the game.