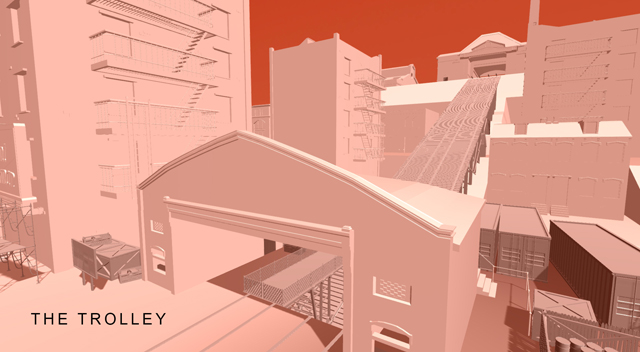 If you live in a city in certain industrial parts of the United States, you might be familiar with the concept of a trolley, built to take workers up and down a steep hill from their residence to their workplace generations ago. The Trolley is a 3D, storytelling experience that takes up the tale of the disassembly of such a vehicle in an unnamed midwestern town. In it, you play as an employee charged with the psychologically challenging task of tearing it down. There is no demand for such an artefact any longer, so it's only logical for them to want to remove it and make way for something else. Right?

As you take it apart, which entails day after day of painstaking working, an indelible mark of the human condition rises: you feel saddened by the fact that the trolley must die. And while you slowly take apart the inanimate objects and heap them into a repository little more than a grandiose wastebasket, you begin to think more critically about what and why you are doing it. This final task is your job, of course, but why now, and is the sudden order of disassembly really driven by a lack of motive, or is there something deeper behind it? The crushing solitude experienced by players - there is no one left, after all, now that the trolley has been closed down to the public - successfully exacerbates these feelings further.

The Trolley strikes a good balance of giving players a good taste of the tasks involved without pushing it to the point of becoming too repetitive or overbearing. One of my favorite aspects of this title were the long walks to and from the trolley yard at the beginning and end of the days. Fresh from a good night of sleep or exhausted from another healthy working day, the character engages in deeper questions with the autonomy of the system. Other people have to know something. Maybe there is someone that you should ask or a course of action you should take? At several points, the game hands you three choices and you must decide which line of thinking you wish to pursue, and how consequently to direct the story. 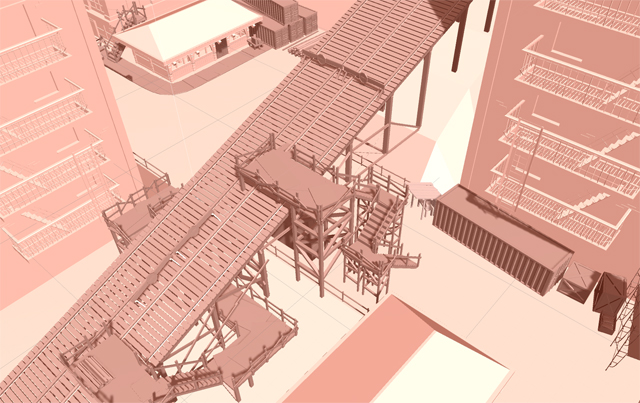 Playing The Trolley is fairly similar to a typical open-world 3d platformer, though the content is anything but. Using the arrow keys to move around and navigate the landscape, along with [Enter] to confirm choices and other things as necessary. Further instructions are explained in-game for matters such as finding the task list for the day. It may take a little bit of exploration at first to find what you are looking for, but then again, as the apparent sole employee left on the premises to carry out the work, you're not really in a rush. It should be noted that there is the occasional clipping/walk-through walls glitches as the game is not the most polished in the world, but I didn't find anything really game-breaking.

As the author mentions, The Trolley is a story based on a lot of historical research conducted recently. On a personal note, my home town has one (though it goes by a different name), and I was surprised to learn it was at one point scrapped and taken down, before eventually being reinstated. There is no specific town name cited in The Trolley and this is no accident. Perhaps you'll be able to see a little of yourself or your town manifest in the powerful lesson about agency that The Trolley, in my opinion, delivers quite well. The biggest surprise for me about this game was the relatively light amount of attention and comments it has garnered, perhaps from being a bit of a too-well hidden gem. At the very last, you'll have the privilege of that one last ride down memory lane before the soul-splitting task of ripping its last traces from the hillside. If that's not bad enough, having to finally confiscate the lost and never to be found personal property of past trolley riders serves as another poignant reminder of how things will never be the same. Now if you'll excuse me, I have to go find who's been cutting onions around here.

How do you save your game? There doesn't seem to be an option anywhere and I keep going back to the beginning

Unfortunately, this particular game does not feature a save. You would need to play it all in one sitting. Thanks for your comment!