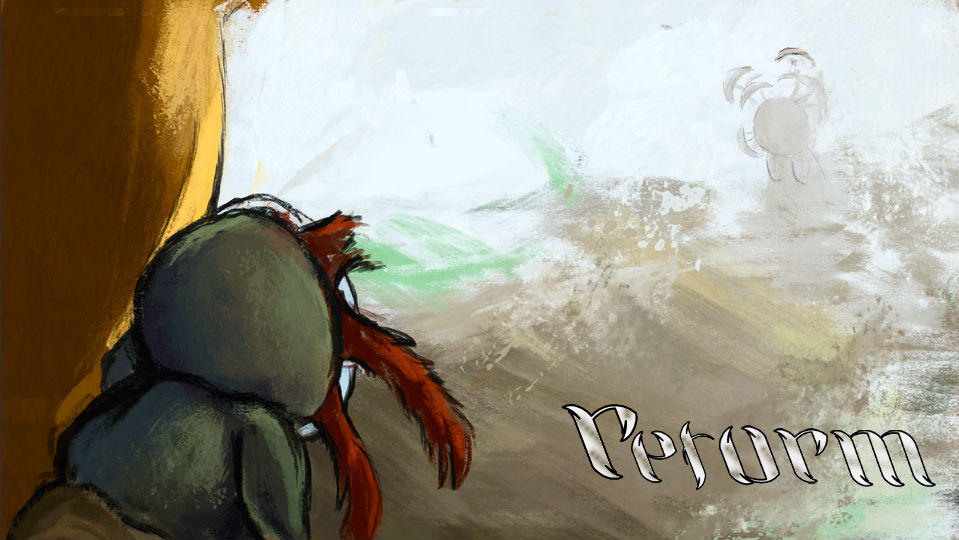 Imagine yourself having the ability to transform, to shapeshift. Imagine being able to turn into a fish, a bird or a beast. Doesn't that sound great? And isn't it equally overwhelming, maybe even terrifying?

As the small tribal creature you play in this game, it doesn't sound bad at all. For you, it's actually pretty fun to play with that magic, along with your friend, and explore the ancient ruins that serve as your home. But remember, all magic comes with a price. Well, at least in Reform, a beautiful, and quite sad, platformer by EvanEGibbs, which was made originally for Ludum Dare 35, it does come with a price.

The game itself is pretty simple. You move with the [Arrow keys] and jump with [Space], and use the [Number keys] to shapeshift. The plot of the game is simple and is told with very few words, but it seems to have more in it, hidden. As a proof, even though this game is quite short, it has two endings, and each one of them is open enough to continue the story.
The game starts with a short tutorial, to get you familiar with the controls, and then ramps up the level. The puzzles in the game are pretty hard, and they made me wonder more than once if they are possible, but they are all beatable.

The game's graphics look very good, like water paintings. I think it is a very nice way to portray the forests and ancient ruins that serve as the setting for the game. The backgrounds are pretty detailed, which is very enjoyable. The sounds of the game blend well and fit the game's scenes.

In summary, this a very cute game, although a pretty hard one. It seems to me that it has enough story and enough possible combination of puzzles to create a longer, more complete game. One with more content and an extension to the plot, and maybe even a happier ending. I would like to see a full game based on this one, with more abilities to use, and a complete story about the background of the characters and nature of shapeshifting.

Much of the difficulty in this game comes from bad controls. I spent almost the entire first half struggling to land on blocks. I could jump upward on a stationary block and still get launched sideways. No single jump was consistent, which is bad when there are sequences of jumps to be done, or jumps which need good timing.

The puzzles are great, even if they do require both skill and creativity with platforming mechanics. I would like to see a wider variety of paths, rather than having most of the platforming centered around doing individual parts perfectly.