In Mariaglorum's hidden-object adventure League of Light: Silent Mountain, the daughter of the head of your vaunted order of highly specialized detectives has gone missing, taking with her an artifact from the League's vault. When you follow her, however, it quickly becomes apparent that something is off in the secluded town of Stoneville, a fact you deduce using your status as the League's best detective, and also the fact that your totally practical hot air balloon was shot down by some petrification-weilding masked magus. In a nice touch, you can even choice the voice for your main character... male, female, or none at all. Maybe Louise hasn't turned to a life of crime after all? But if you want to find out, you'll need to find her first, and you're not the only one looking. Stoneville and the surrounding area is filled with all sorts of puzzles and mechanisms, the locals apparently being fond of over complicating simple tasks, so you'll need to hunt for items you need, solve hidden-object scenes, and thwart an ancient evil or two in a town that has had some hilariously bad luck with its landscape. Seriously, people. Even Leslie Knope would tell you to relocate! 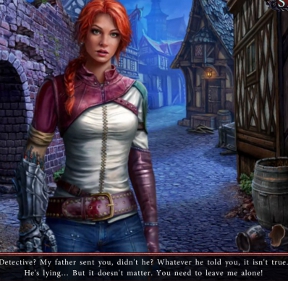 League of Light: Silent Mountain comes with all the now-standard casual adventure trappings... an instant travel map, highly customiseable difficulty, and the surprising inclusion of the ability to choose the voice of your protagonist... male, female, or no voice at all. It's extremely user friendly, and a plethora of puzzles that are actually pretty creative and varied. Even the hidden-object scenes themselves offer a lot of variety, with layers of items that all tend to work together to uncover what you're looking for. Silent Mountain's biggest flaw is how much of its gameplay is taken up by busywork. You can't look in the haystack because you're "allergic to hay", so you need to find a pitchfork, which is automatically assembled from sticks you pick up lying on the ground in a tiny sub-screen... not exactly master detective work. At every step, some other similar paper tiger of an obstacle appears, and it starts to get a little old, the sort of game where you're shuffling forward rather than striding. If you're not a miser like myself, you'll appreciate that the game crams so much into its several hours of play, but it would have been nice to have felt like you were facing actual obstacles instead of merely being kept busy to pad the run time. If we're this unstoppable detective, make us think like one! 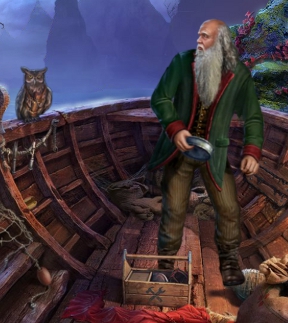 While Silent Mountain's story is a little predictable, the game pulls out all the stops in its lavish presentation, with stunning detailed environments and some remarkably excellent voice acting across the board. All of the magic effects are pretty spectacular, and while you'll probably see most of the twists coming, engaging characters and cinematics help the story play out in a way that keeps you hooked. League of Light: Silent Mountain doesn't really do anything new, but everything it does, it does very well. If you're looking for a polished and very pretty hidden-object adventure that's high on magical derring-do, then fire up the demo and save the world a little. One cranky, doddering, terrible nautical navigator at a time.