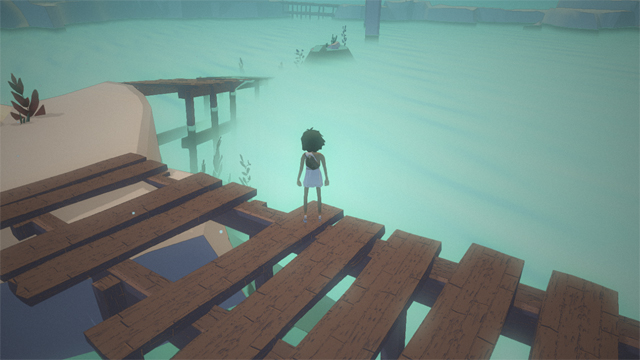 Imagine strolling down a road, minding your own business. You just went grocery shopping and are holding a few bottles of your favorite drink. And suddenly, out of nowhere, you trip and fall flat to your face. When you take a quick look, you'll find out it's actually an amphora that made you trip, and to make things worse a giant hand descends down from the clouds. That particular hand suddenly orders you to climb Mount Olympus to deliver that amphora to the owner of the hand. Why the hand isn't picking the amphora up right there, has me stumped. Does this sound weird? Giant hands descending from the sky, tripping over amphoras that aren't in use anymore. Well, you're not wrong, but this is the story of young Heraclos and in ancient Greece, things like this happened all the time.

So you're sent on a journey by an unknown god, as a delivery boy. And the game has you travel through a few areas, starting with the Underground. The game is a simple 3D platformer in the style of RiME, but for the entire playthrough I've kept the feeling that it was unfinished. The visuals were smooth and good, the controls a bit wacky since you seem to levitate instead of jumping each time you press the jump button and there were little to no enemies. In my entire playthrough I've met 2 kind, which are easily avoidable. The game itself has a nice premise and can surely turn into a beautiful fully fledged game once finished, but as it is right now it makes you wonder what exact challenge you had when you played it. 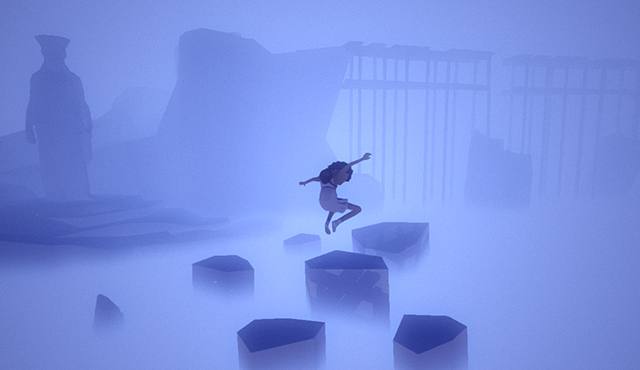 In your journey you collect several godlike "powers", which are granted to you by collecting glowing orbs. Now that's fine, but the game let's you use them immediately in the area that's behind the pick-up and once you've passed through, it completely forgets that you have them. The learning mechanic is in place, but it's missing future (and perhaps more difficult) uses that can make the game more challenging.

The voice acting is really good, and the intro and outro animations are what make the game. The plottwist in the end has a certain kind of humor that will either make you smile or facepalm. I did both, at the same time. Overall Heraclos is promising and a fun little time waster, but don't expect a challenge or a fully made game. Even tho it has a beginning and an end, and I haven't found any bugs, it simply feels unfinished. Which, in my opinion, is a shame.

1,659 Views
0 Comments
chrpa— Jayisgames needs your help to continue providing quality content. Click for details Welcome to Mobile Monday! Cute adventure by YoGreenSoft's (yogreen) is not their first - the link to their previous game you find under the game's description. Sanukin's...  ...