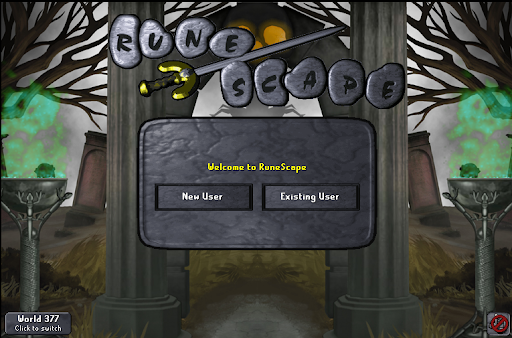 Since Runescape's release back in 2001 it has grown into an MMORPG titan amassing over 1.1 million subscribers from 2019 to 2020. The interesting part about the game's success is that most of the players in the community understand its dangerously addictive qualities yet continue to play anyway. Here we are going to talk about what makes Runescape so addictive and how you can finally overcome it.

What Makes Runescape So Addictive? 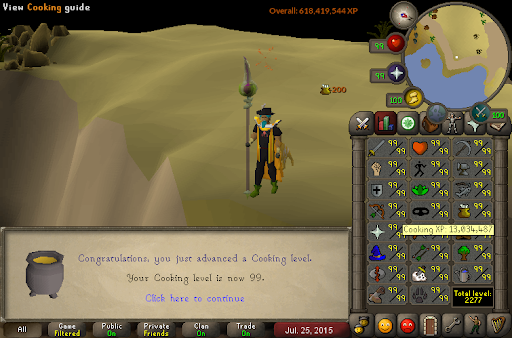 Just mentioning the name Runescape for many brings back an abundance of joyous memories; rushing home from school to sit at an old slow laptop and meet up with friends in-game. The nostalgia factor that Runescape manages to play on is what has contributed to it being more addictive than before.

The game reverting to its most successful Oldschool Runescape version back in 2013 did a great job of capturing the attention of many players who had "grown out" of the game. Reverting to Runescape 07 played on the psychology of returning players, as the happy childhood memories tied to the game made their experience all the more enjoyable. This ultimately helped to bring in an older audience and keep them playing for hours just like they were kids again.

An addictive feature that Runescape arguably does better than all other MMORPG's is creating a "grind" What this means is investing long hours doing a very tedious act for some form of in-game reward. When you take a step back and look at the game that is essentially all it is. Of course, there are subgroups of players that dedicate themselves to other activities within the game such as PVP. But ultimately to achieve any of that you have to subject yourself to some sort of grind.

By nature grinding in games is very addictive because they are creating an achievable goal for you to work towards for an imminent reward. It plays on our human need to see measurable growth. This reward-based behaviour is controlled by dopamine which is released when we get these rewards and makes us feel good. It conditions our brains to crave the completion of these goals for that feel-good sensation more and more. 'Lo and behold we have an addiction on our hands! One of the first steps to treat video game addiction is to understand how it works.

Almost everything worth having in Runescape requires long investments of time which creates a sense of achievement and value to what you have. Brandishing a sword that costs copious amounts of in-game money and a hundred hours of game time will have players idolising you and striving to be as good. However, this affects what is known as the triumph circuit. As humans, we have a desire to complete difficult tasks in life and from an evolutionary perspective, it's gotten people to where they are today. It's the same reason why we praise people in society for accomplishing hard things like being a great athlete or musician because we have an idea of the sacrifice it requires.

Unfortunately, playing games like Runescape shorts out this circuit. It shunts our desire to accomplish things outside of the game as we get our achievements from in-game success. We see personal growth as our levels go up and our financial value increases as our in-game bank does. Many addicted gamers struggle with motivation issues to pursue much else outside of gaming as their brains have been conditioned to see success in Runescape as more valuable.

The scary thing about Runescape being so addictive is that the barrier for entry is very low to play this game. There is a free version of the game for non-members to play and the controls are so simple you can get by using only left and right-click. This means that it appeals to players of all ages, even young children, which I'm sure many of the current players began as.

We could go on all day about why Runescape is addictive but to round off we should mention its social aspect. Like all MMO's the clue is in the name: the game acts as a hub for players with common interests to meet up and play together. By adding raids, minigames, and new game modes where players must work together, it creates an element of comradery to keep everyone gaming together. However, the negative consequences of this are that it substitutes real-life social interaction for people who are shy, don't have many friends or suffer from social anxiety. These gaming friends inhibit their need to interact with people face to face leading to detrimental effects on their social skills in the long run. As cliche as it may seem to picture an awkward gamer sitting behind a screen, they are often a product of their addiction to video games.

How to Overcome Addiction to Runescape 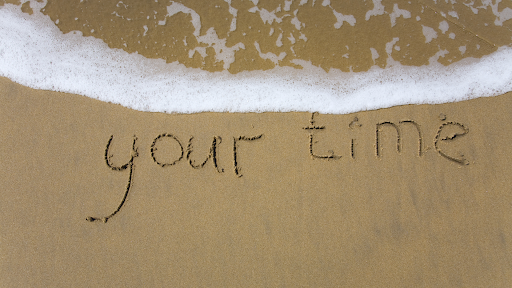 There are some great resources out there on the internet such as Wiki guides on deleting your account, which should be seen as a red flag that so many players are also experiencing this. However, it can be reassuring to know that you are not alone in your journey. Here are some of the most effective methods to quit or cut down on Runescape:

Increase the Barrier For Entry - The saying old habits die hard is very true, so if we wish to bury them we have to make them harder to carry out. Increasing the barrier for entry is all about making Runescape as difficult to access as possible so that we can have time to stop and think as opposed to letting our habit side of the brain take the wheel.

Firstly delete, hide or lock the client shortcut or mobile version. Getting this out of plain sight on your desktop can remove any temptation you feel upon starting your computer. Don't leave any room to load up the app while you work and have it running in the background.
Download a time management app. Some great examples are Rescue Time, Focus Keeper or Toggl. These will help to make your days more productive as you get used to spending less time on Runescape. Especially for those who work from home or on their own PC, structuring the workday can be difficult with all this new free time so use it wisely.
Place a site blocker on the browser version of the game or lock it with a password. Therefore the temptation to play on browser requires an extra step to begin playing the game again

Sunk Cost Fallacy - Our brains are wired to see value in what we spend our time on. This has proven to be very useful to the human race as we build great new structures and develop skills however in the modern-day this is not always true. Inherently many Runescape players place a high monetary and sentimental value on their accounts due to all the time they have spent on it. This means that simply quitting or giving it away will mean that we are losing and often leads to many players struggling to give it up. However, this is simply not true.

One thing that we must understand in order to quit is that by playing more we do not increase the value of the account. There may be marginal increases in what the account could potentially be sold for, but it is negligible in the grand scheme of the time initially invested. By giving up the game we are gaining the most valuable resource of all and that is time. A shift needs to be made that time is not to be killed but to be invested. Invested into more enjoyable real-life skills, family, friends and occupations. There are deeper and more fulfilling goals to be achieved in real life rather than in-game.

3,761 Views
24 Comments
chrpa— Jayisgames needs your help to continue providing quality content. Click for details Hi! The week is over, the Weekday Escape here!! First two games - by New Generation Sustanable Energy Poltergeist and by midori are short but good and...  ...

1,077 Views
0 Comments
chrpa— Jayisgames needs your help to continue providing quality content. Click for details Welcome to Mobile Monday! Goro Sato's game isn't an ordinary escape from an apartment with breathtaking view - it's colorful, magic, and most of all, entertaining. APARTMENT...  ...