Do you hear that? The blaring French horns, the whimsical harps, the frenzied violins, the passion! You can't possibly tell me you don't hear the delightful melody of Waltz of the Snowflakes by Tchaikovsky! Fine then, we'll get you into the holiday spirit a different way. With the release of Elephant Games new holiday themed hidden object puzzle adventure game Christmas Stories: Nutcracker, you'll be hard pressed not to feel the jovial ho ho ho chortle trying to escape your lips. Seriously, soon you'll be wearing a gaudy candy cane themed sweater, a reindeer antler headband, and sticking bows on every inch of your body. 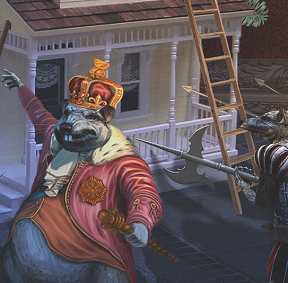 Here's the thing: this isn't your normal Christmas tale. Clara isn't about to be whisked away to a magical land by the Nutcracker where he'll inevitably battle off with the Rat King. No, this time Clara is going to be the one helping the poor Prince defeat that wretched royal rodent rapscallion. As the doe eyed heroine you will travel through the mansion and several winter land scenes to help the Nutcracker find his beloved princess, thwart the machinations of his enemy, and make sure that presents are had by all.

Like any adored hidden object game there are difficulties to pick from in order to provide you, the player, with the utmost brain stimulation. You'll be able to choose from casual, advanced, and hardcore which upon choosing will affect the recharge rate of your hint and skip buttons as well as determine whether you have sparkles to help locate interactive areas. To assist your heroine in her attempt to help the Nutcracker you will have the aid of three companions: the Nutcracker himself, a slightly melted candle (reminiscent of Lumier from Beauty and the Beast), and a very fluffy kitty who is ready to be as good a rat hunter as his father. As if that weren't enough the game also assists your play with a jump map that will show you areas that require your attention which comes in handy quite often. If that still isn't enough to keep you bloated with gamer joy there are also achievements that can be earned and twenty five dolls hidden through the game that need to be located. 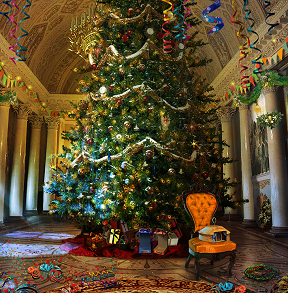 Analysis: I would be lying if I said this game is anything less than phenomenal. The scenes alone are a banquet of gorgeous colors for your eyes to feast upon without limit. The story has a creative twist upon an age old classic that not only has you cheering for the Nutcracker but also sympathizing for the Rat King who isn't quite the villain he's always portrayed as. In some scenes the cursor can feel a bit sluggish and having to scroll through to reach the companion you want can feel more like a chore than one might prefer. Still, these are minor inconveniences that don't ever pop up often enough to halt you in your tracks from annoyance.

Truly, Elephant Games knows how to deliver a game that any fan can enjoy. Boasting over four hours of gameplay may not seem like much, but you'll easily find yourself mesmerized by the lush details for each scene, and that's not even including the bonus game play you can enjoy if you take the leap and get the Collector's Edition. To sprinkle on some extra awesome, the game also includes a few songs from the actual Nutcracker soundtrack that appear most frequently in the generous cut scenes that are littered throughout like tiny presents waiting to be found. Whether you're a Grinch or a walking advertisement for the holiday itself, Christmas Stories: Nutcracker will appeal to anyone who has an insatiable appetite for beauty and adventure.